The genuine, factual, principled reason why we should be voting to leave the EU 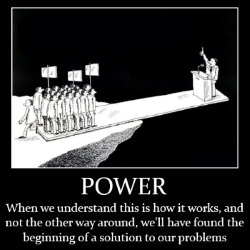 The fracking decision in North Yorkshire last night gives a good illustration of the folly of EU membership.

The simple fact is, if residents don't like the decision they can vote to replace the councillors who support fracking in their area.

By way of contrast, if we in this country don't like an EU directive - and there have been more than 70 instances where the UK has opposed EU legislative proposals, and every single time our opposition has been voted down and our objection has been over rule, meaning we have been left to implement EU laws or rules against our wishes - we have no way of changing it or removing the people who imposed it on us.

The UK has no special status in the EU that allows us to reject EU directives and rules that must be implemented by all member states. A vote to remain in the EU means the further erosion of democracy. It means further removal of power from ordinary people to influence who runs Britain and how.

There are democratic problems in the UK. Too much power resides in the centre and too little decision making takes place at local level. Frustration at this is completely understandable. But you cannot repair such problems in our flawed democratic process by voting to place even more power in the centre, of the EU, which will only reduce the amount of democratic control that can be exercised by ordinary people.

The reason for leaving is democracy.

It's about deciding who runs Britain and whether or not voters up and down this country can have the power to determine the direction of this country. Should Britain be run by the British, or by an elite drawn from 27 other countries with their own conflicting interests and agendas? That is the issue the leave campaign should have been fought on. That is what we need to make the ongoing campaign about.

But for now, despite the rank incompetence and deliberately self inflicted damage of Vote Leave, please do what would can by voting to leave.
Posted by Unknown at 9:16 am