An effective course of treatment, or a mythical magic pill that may kill or maim you? 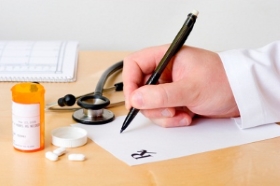 Immigration, border controls, freedom of movement... While these three terms concern very different things, many people use them interchangeably when talking about the ability of nationals of EU member states to live and work in the UK without restriction. This means for example that we see people demanding border controls to 'restored' to address that issue, when border controls really have no bearing on it.

Setting aside that mistake, what is clear is that there is a sizable constituency in the country that does not like Britain's EU membership giving nationals of other countries the right to settle here. So does the Flexcit roadmap of phased withdrawal from the EU address the issue? In short, the answer is yes.

Stage three of Flexcit involves the abolition of the EU's single market and a complete redefinition of the trading arrangements throughout Europe, of which the principle of free movement of people is a core part. Flexcit has an overall objective of limiting the freedom of people to take up residence in the UK.

Achieving this is just one part of the Brexit process and it requires us to accommodate other policy issues, such as the participation in the Single Market pending a longer-term settlement. That is why the limitation of EU nationals being able to settle here will not happen overnight. But it will happen.

Some bloggers and tweeters on the leave side favour a scorched earth style of Brexit, without a negotiated agreement of Britain's relationship with the EU after we cease to be a member of it. Some of these people give the impression that by following the Flexcit roadmap Britain will effectively remain in the EU because some EU laws will still apply, and EU nationals will continue to resettle here at will. It simply isn't true.

Flexcit takes Britain completely out of the EU. There is no halfway house. The transitional step of Britain joining EFTA, and as a member of EFTA being able to remain part of the EEA (single market), means we will still be bound by laws and regulations that facilitate trade within the market. But the vast majority of EU law will cease to apply, because the EU has always been about much more than just trade. An important thing to note here is that as soon as British membership of the EU ends, we would no longer be subject to the jurisdiction of the European Court of Justice (ECJ).

Instead of the 23,000+ laws that we currently follow, as a non EU member of the EEA just 5,000 will apply. There would be barely any change for British business because market access would continue. It's a big leap on the journey. Brexit is not a one-off event, it is a process.

The argument of the scorched earth brigade is that being part of the single market means we have to continue allowing nationals of EU member states to settle here if they want. Instead they demand the abolition of freedom of movement as the first objective of our withdrawal settlement, regardless of the consequences, which would have a damaging and far reaching impact on British business.

A metaphor that underlines the difference in approach would be that of a demolition team dismantling a large building section at a time, taking away the things on top so the foundations can be revealed and removed, as opposed to someone without any thought of the consequences driving a bulldozer through the walls and collapsing the entire building on top of themselves.

Flexcit is like a course of treatment developed after extensive research that builds up in the body to remove an infection without causing you harm. It is far more superior to taking a toxic magic pill given to you by a backstreet dealer that will kill the infection overnight, but the side effects of which will also kill or badly maim you in the process. As a patient, which would you prefer?
Posted by Unknown at 3:37 pm