David Cameron: A culture of bullshit and lies

David Cameron, being interviewed on BBC's Today programme on Radio 4, has claimed that: 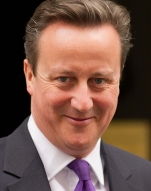 On the first point, it was clear once he has made his Bloomberg speech in 2013, that he had no wriggle room and would have to keep his promise if the Conservatives won the general election.

It was really only Ukip who kept claiming it wouldn't happen. Incidentally, now it is taking place Ukip claim it's only happening because of them.

On the second point, the lies and bullshit begin to flow. The Telegraph told its readers on 26 September that:

With even like-minded, eurosceptic member states resistant to Britain’s desire to opt out of core EU principles on freedom of movement and equal treatment for all workers, they say they cannot be sure when the detailed work of renegotiation will start - let alone finish.

”We just haven’t heard anything from the British about what they want for ages,” said one EU diplomat. “It does seem to have stalled. It’s very awkward for us all.”

“There is not a word,” another exasperated senior official added to The Sunday Telegraph. “Not a single word typed on a single sheet of paper.”

Last week, France expressed its growing impatience with Britain’s refusal to provide details on the crunch issues of benefits and borders.


But what really underlines Cameron's deceit here are the comments of his own Foreign Secretary carried in the same piece in which readers were told:


Philip Hammond, the Foreign Secretary, admitted last week that there were no quick deals in sight and that Britain still did not have “hard and fast demands”. He said the government was still testing the “appetite” for reform among member states.

He said earlier hopes that negotiations could be completed by December were now “unrealistic” and that negotiations would not begin in earnest until early next year, paving the way a referendum “as quickly as possible” thereafter.

“Realistically the December European Council is going to represent the start of the serious and multi-lateral negotiations around the British package,” Mr Hammond said.


Yet Cameron brazenly made his claim that things are progressing well on Radio 4 this morning. Either he is lying through his teeth, or Hammond and EU diplomats are lying through theirs. When you consider who has the most to gain from a lie, it becomes clear that Cameron is the one whose word cannot be trusted in this renegotiation scam.

Needless to say, the BBC interviewer did not even attempt to challenge Cameron about his claim or raise the clear contradiction with Hammond's and the EU's comments. Either they were appallingly prepared, or unwilling to put a spoke in the wheel of the Europhile side of the Tory party. Either way, the listeners were left misled.

On the third point, EU diplomats have told the media that Cameron's team are refusing to put a single proposal in writing. This is because the government is terrified people will discover what Cameron is asking for and will therefore know if he has failed to achieve what he sought. Back to that Telegraph piece again:


Downing Street is determined not to be made a hostage to fortune by leaked demands that it later fails to achieve.

However, this newspaper has been told that the failure to give a written document means the detailed legal work - key preparatory work for the negotiations - has not yet begun. "It's just three months to Christmas," said a source.

UK officials reject the criticism, arguing that the “broad parameters” of UK demands are known to EU states – but EU officials say the details are all-important.


What Cameron has been doing is asking what concessions he can get. The idea being he can formally request them in the knowledge they will be agreed, at which point he will declare total victory. It is no different to senior military officers going to the MoD and saying, 'If we were to ask for 20 more helicopters to support our operations, would we get them?' and the MoD saying no, meaning no formal request is made.

But with the urgent need for a new treaty to pave the way for deeper integration between Eurozone member countries to bring about fiscal union and improve the function of the single currency, Cameron has recognised that some of what he claims to want might be achieved by the new two-tier structure. The plan now seems to be to string things along for as long as possible while the new structure firms up and seize that as the successful renegotiation.

The upshot of all this is that nothing Cameron is saying regarding this sham process can be trusted. He is presiding over a culture of bullshit and lies, playing the electorate for fools, aided and abetted by an incompetent media.
Posted by Unknown at 9:03 am