Netherlands referendum: How very dare they!

Oh dear. It seems the Dutch are in the EU dog house.

The EU is annoyed that the Dutch political system makes it possible for mere ordinary voters to force a referendum, as long as more than 300,000 verifiable signatures are collected in support of one.

Such displays of democratic behaviour are considered unacceptable by the EU, which insists is knows what is best for everyone in the EU and decides outcomes for us without mandate or reference to the population. The EU doesn't care what the Dutch people think, it just wants them to be quiet and not rock the boat. The outcome of the Dutch referendum about the EU-Ukraine Association Agreement is non binding on the government. But it would be hugely embarrassing if the government, which has already ratified the agreement, saw its population oppose it

With 420,000 signatures, the Dutch people will now have to debate and vote about whether the Netherlands should have ratified the agreement. This is where things have the potential to become interesting.  If people question exactly what the association agreement is designed to achieve, the EU will end up looking dishonest. Looking at section of the merged screenshot from EurActiv below, which is underlined in red, we can see what the EU wants people to think the association agreement is about: 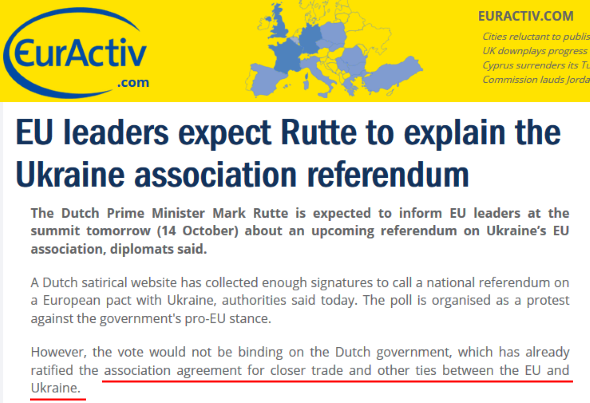 However the reality is somewhat different. We need only delve into the EU's own documents to see that trade barely figures in this deal. The association agreement is about EU expansion and extending its desire for political control to more countries: 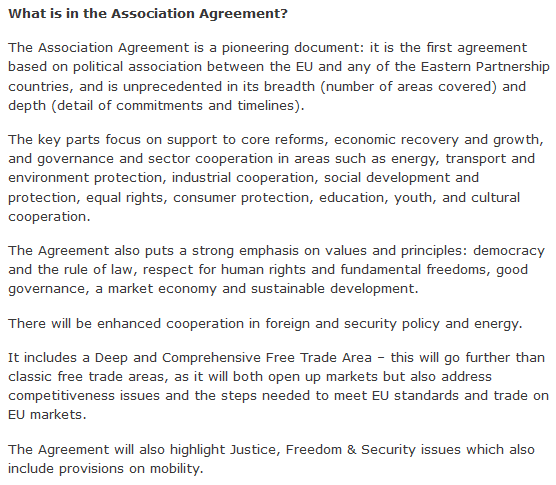 Note the EU's priorities and what the bloc considers to be the key parts of the deal. Trade doesn't feature. Instead, trade is a bolt-on that comes a long way down the list of objectives. It has played down the co-operation in foreign and security matters, although this was a major pillar of the agreement as the EU sought to show Russia who had political muscle, and failed. Title II of the association agreement included a section called Article 10 and you can read for yourself what that was all about. It was prioritised above anything to do with trade. 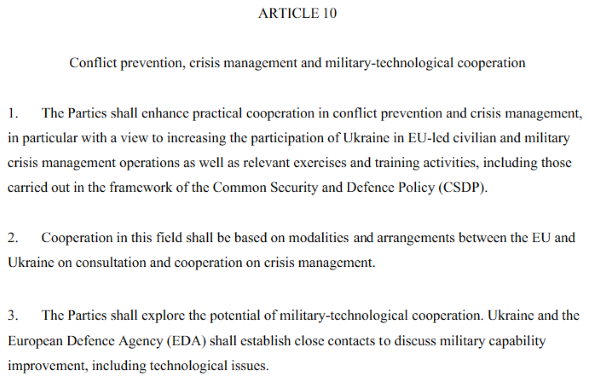 Watching the Dutch debate could be instructive for people in Britain, helping them to understand the EU is not about trade, but about political control and hegemony. It could expose once again the unacceptable fundamental nature of the EU and remind us why we need to defeat David Cameron and his unilateral, arrogant decree that Britain should remain firmly anchored to the EU, by voting to leave.

To think this direction of travel can be reformed, or that member states can opt out of it is plain fantasy. It's another reason to vote to leave the EU.
Posted by Unknown at 6:05 pm