The facts about the Norway Option 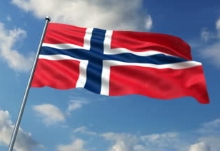 Britain Stronger in Europe (they mean the EU, but are desperate to mislead people) the people at British Influence, and David Cameron are working aggressively to rubbish the so called 'Norway Option'. Why? Their hope is that if they talk it down, people will dismiss it as an initial alternative to EU membership. They even call in aid Norwegian politicians, but are careful only to use those who want to join the EU, while ignoring the many who do not. What are they so scared of?

In short, copying Norway (a member of EFTA) would mean continued single market access after leaving the EU, a veto over EU directives and the ability to help write the laws and regulations made at international level before they are passed down to the EU to implement. If Britain had these things, why would we need to be stuck with the EU they are trying so hard to keep us a part of?

There are two main strands to their disinformation campaign...
So lets deal with these claims in turn:

Norway has no say over EU laws


Wrong. Norway and the other EFTA countries have more influence over the rules and regulations that are turned into laws. In fact, they actually get two bites of the cherry in influencing their shape. As a non-EU country, Norway represents itself on the world stage. Unlike every EU member state, Norway has seats on the international bodies where rules are developed and decided, before being handed down to the EU to implement. EU member states are not allowed to represent themselves, the insists on having a single position for all 28 member states, which is a generally a diluted, compromise position.

But then as members of the EEA (single market) the EU consults Norway and the other EFTA countries on the measures to be implemented, giving them an opportunity to influence the shape of the implementation. So Norway has more than just a say, it also gets to shape the rules from the outset and again at implementation. This gives Norway far more influence than any EU member state.

Norway has to implement all EU laws


Wrong. The number of legislative acts that apply to EU member states is far greater than applies to Norway and the other EFTA countries. The details are not collated centrally for easy reference, so Dr Richard North put a huge amount of time and effort into collecting the information in one place for comparative purposes.

Norway pays a huge cost to access the Single Market

Converting those Swiss Francs into pounds gives a total of around £16 million. 55 percent of that total contribution was borne by Norway, which equated to around £8.4 million. Details here.

The claim the Europhiles keep making is something along the lines of 'Norway pays two-thirds as much per head for access to the Single Market as the UK pays as a full member of the European Union'. It simply isn't true. The single market contribution divided by the population of Norway means the cost for every man, woman in child was actually £1.66. This is a far cry from the £115 claimed by BSE.

You may be wondering how BSE arrive at such a grossly inflated figure. That's simple, they use a sleight of hand where they fold in voluntary contributions Norway makes that have nothing to do with the single market and most of which doesn't even go to the EU! Here's how...

Massaging the figures, misleading the public


BSE, Cameron and the others include in their false figure a number of voluntary payments called "Norway Grants", made by Norway to eastern enlargement countries to help with their post-Communist economic rehabilitation. In the six year period 2009-14, these voluntary grants amounted to €804 million and have nothing to do with the single market. That money does not go to the EU, it is not part of the EU budget. Details here.

BSE and Co have also included monies paid into the EEA grants system, which again does not go to the EU, but rather the independent Financial Mechanism Committee, which is again nothing to do with the single market.  When added to the Norway Grants, the country made a total contribution of around €1.7 billion.

Additionally they have added in Norwegian voluntary contributions to various EU and inter-regional programmes, such as Erasmus+. Horizon 2020 and Copernicus, which again are nothing to do with the costs of the single market. In fact countries even outside the single market participate in these programmes.

Is the Norway Option the way to go?


Yes and no. It is not the panacea.

Yes, because it represents the best first step on the journey out of the EU. It means single market access without most of the political control by Brussels. As such it serves well as an interim solution as Britain re-develops the capability to self govern in those areas previously controlled by the EU.

No, because long term Britain can aim for a much better settlement where the single market is built on intergovernmental cooperation, through UNECE in Geneva. That would mean we could administer our international trading arrangements without having to give political control to a treaty organisation like the EU, which has political integration as its main objective.


If the pro-EU politicians in Norway and the EFTA countries can fool voters into supporting something like associate member status, then the EEA would effectively end and EFTA would be disemboweled. Norway would have to give up its seats on the executive committees of the main international bodies, because as part of the EU, it must let the EU speak for it, thus losing influence to shape regulations by being removed from the top table and escorted out of the room.

As one of the wealthier countries its EU contributions would almost certainly be far greater than what they pay now for the single market, for eastern European development, for grants and for programmes. By the time voters see what has happened, it would be too late. It would be locked in to the pathway to political integration.
Posted by Unknown at 1:35 pm