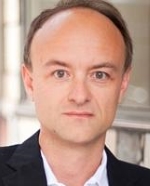 Dominic Cummings' idea of a second referendum has got the attention of the media via a piece in yesterday's Telegraph and a piece today in the Sunday Times.

Instead of it being about getting voters to approve the post-Brexit treaty that would need to be agreed between the newly independent UK and the EU (which would be sensible) the Cummings Grand Design makes a second referendum about getting approval for a new deal for associate member status, which would see Britain, instead of permanently leaving the EU, assuming associate member status that keeps us in a reformed EU. This is the outcome Business for Britain and Matthew Elliott have always pushed for.

We are asked to believe that, with the exception of a couple of Business for Britain supporters who have jumped ship, all of them have changed that position over the summer and back Vote Leave in wanting British voters to vote to leave the EU. How likely is that, especially as David Cameron is supposedly still talking to the rest of the EU to get that new deal? As conversions go, that puts Saul's on the road to Damascus in the lower leagues.

The fact that:
shows that Brexit is not Vote Leave's end game.

Voting to leave at the referendum is just a stage in a process they are following that aims to deliver what the Business for Britain community and Conservative party hierarchy have long wanted. Namely, Britain staying in a reformed EU. If you wanted to leave the EU and be independent you would surely have a plan for how that could be done. Vote Leave doesn't. Go figure.

If this is incorrect why is it that when asked, Dominic Cummings has repeatedly refused to unequivocally state that Vote Leave's position is that Britain must leave the EU permanently?  He has never gone beyond saying the campaign's position is that people should vote to leave. The position even allows him to tell people that he personally supports Brexit, because in the Vote Leave plan matters would not be allowed to rest there.

Cummings has twisted and turned, claimed clarity exists on his website that simply does not, and eventually run away from the questioning on Twitter in the hope it will all go away before people realise the game he is playing.

The Cummings Grand Design seeks to have people vote to Leave, only to get Remain in a 'Reformed EU' after a second referendum, following a negotiation that has paved the way for EU associate member status. This is the so called 'reform' option. It keeps their Business for Britain backers on side.

If this isn't correct here is the challenge to Cummings... state today, clearly and unequivocally, that Vote Leave's position is that Britain must leave the EU for good. State that the only deal that should be sought is the one that establishes the new relationship between the EU and newly non-EU, non-associate member, independent Britain, where Britain stays out of the EU permanently.

How hard can that be?
Posted by Unknown at 1:19 pm